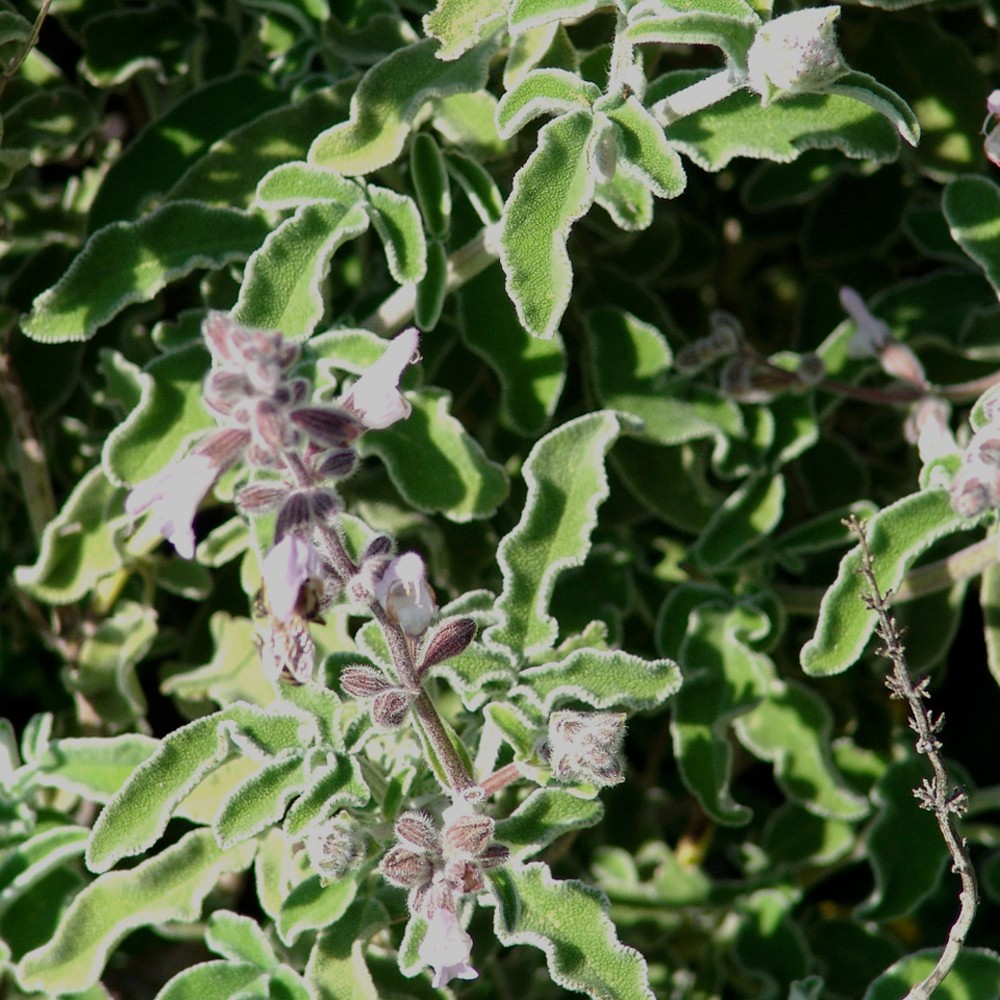 It is a member of the mint family Lamiaceae and native to the Mediterranean region, though it has naturalized in many places throughout the world. It has a long history of medicinal and culinary use, and in modern times as an ornamental garden plant. The common name "sage" is also used for a number of related and unrelated species.

Cultivars are quite variable in size, leaf and flower color, and foliage pattern, with many variegated leaf types. The Old World type grows to approximately 2 ft (0.61 m) tall and wide, with lavender flowers most common, though they can also be white, pink, or purple. The plant flowers in late spring or summer. The leaves are oblong, ranging in size up to 2.5 in (6.4 cm) long by 1 in (2.5 cm) wide. Leaves are grey-green, rugose on the upper side, and nearly white underneath due to the many short soft hairs. Modern cultivars include leaves with purple, rose, cream, and yellow in many variegated combinations.

In Britain, sage has for generations been listed as one of the essential herbs, along with parsley, rosemary and thyme (as in the folk song "Scarborough Fair"). It has a savory, slightly peppery flavor. It appears in many European cuisines, notably Italian, Balkan and Middle Eastern cookery. In Italian cuisine, it is an essential condiment for saltimbocca and other dishes, favored with fish. In British and American cooking, it is traditionally served as sage and onion stuffing, an accompaniment to roast turkey or chicken at Christmas or Thanksgiving Day. Other dishes include pork casserole, Sage Derby cheese and Lincolnshire sausages. Despite the common use of traditional and available herbs in French cuisine, sage never found favor there.