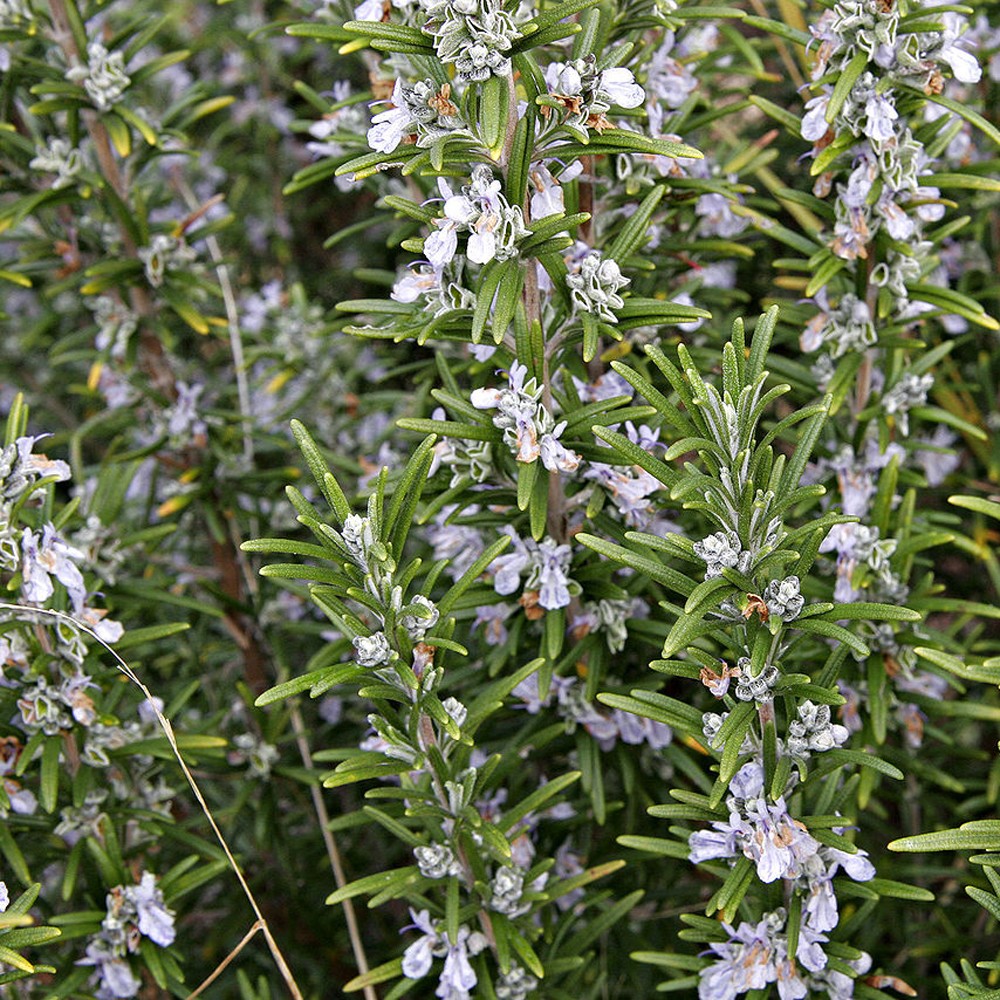 It is a member of the mint family Lamiaceae, which includes many other herbs. The name "rosemary" derives from the Latin for "dew" (ros) and "sea" (marinus), or "dew of the sea". The plant is also sometimes called anthos, from the ancient Greek word ἄνθος, meaning "flower". Rosemary has a fibrous root system.

Rosmarinus officinalis is one of 2–4 species in the genus Rosmarinus. The other species most often recognized is the closely related, Rosmarinus eriocalyx, of the Maghreb of Africa and Iberia. The genus was named by the 18th-century naturalist and founding taxonomist Carl Linnaeus.

Rosemary is an aromatic evergreen shrub with leaves similar to hemlock needles. The leaves are used as a flavoring in foods such as stuffings and roast lamb, pork, chicken and turkey. It is native to the Mediterranean and Asia, but is reasonably hardy in cool climates. It can withstand droughts, surviving a severe lack of water for lengthy periods. Forms range from upright to trailing; the upright forms can reach 1.5 m (5 ft) tall, rarely 2 m (6 ft 7 in). The leaves are evergreen, 2–4 cm (0.8–1.6 in) long and 2–5 mm broad, green above, and white below, with dense, short, woolly hair. The plant flowers in spring and summer in temperate climates, but the plants can be in constant bloom in warm climates; flowers are white, pink, purple or deep blue. Rosemary also has a tendency to flower outside its normal flowering season; it has been known to flower as late as early December, and as early as mid-February.